Most Greeks names their children rather than their grandfather’s name or the name of a Saint. Especially when it matches to Greek Orthodox calendar. A name day celebrated more than birthdays, when it comes to everyone they wish you”hronia pola’ or live long in translation.

When a young couple is dating and in their plans is marriage, then they engage first. Men are asking the daughter’s hand from the father, and then they are planning for the wedding.

When a child is born, it doesn’t have a name until it is baptized. One of the differences between the Orthodox Church with the Catholic church is that the priest is putting all the baby’s body into oil during the ceremony.

Carnival in Greece is celebrated each February or March. The word carnival comes from the Latin word carnem levare or carnis levamen and means” Stop eating meat. However, the world-famous Carnival or Apokries in Greek has its roots elsewhere, in ancient Greece and specifically in the traditions of the ancient Greeks to honor Dionysus, the God of wine and celebrations. Satyr, masks, and disguises were the common customs of our era.

It is the Thursday of the Carnival period before the 40 days of lent. Tsikno means the smell of meat, and pempti is Thursday. On this day everyone eats meat and usually, all restaurants are full. See more below the Greek family traditions that most Greeks love!

Clean Monday or Kathara Deftera is the first day of Lent (Saracosti in Greek). On this day families go to the countryside for a picnic and to fly kites. Also, this day is a holiday in Greece.

Easter in Greece is so unique and exciting. Celebrations and customs differ as they are too many in the whole country. On holy week most people avoid eating meat because of lent. On holy Saturday everybody lights a candle. The entire country is meeting friends and family on Easter Sunday and says Christos Anesti which in English means Christ has risen For more info, see here.

Greek independence day is the day when the Greek revolution against Ottoman rule started. The French and American revolutions inspired it. A military parade on that day takes place in Athens. Also, it is a religious celebration dedicated to the Annunciation of the Virgin Mary.

On October 28th, 1940, Greek Prime Minister Ioannis Metaxas refused Mussolini’s ultimatum to let the Italian troops invade Greece, with this action the country was involved in world war 2. His refusal inspired the Greek people to resist the Axis countries heroically for 216 days when most parts of Europe were already under German occupation. On that day, a military parade takes place every year in Thessaloniki.

Many believe that one person can “look” at another either out of envy or excessive admiration. The “spotted” feel bad physically and psychologically. To avoid the evil eye, those who believe in it wear a blue bead or a blue bracelet. Conservatives say that the color blue drives away the evil eye. In addition to beads, another way to protect yourself from the evil eye is to hang garlic in the corner of the house. For many the top and most common of prevention and superstition.

New Year’s Entry to a House

Greeks believe that on the first day of the year in a house, or when a new store has opened everyone should enter only with the right leg for good luck. This is one of the strong traditions in Greece.

Many believe that “spiting” banishes evil and bad luck. For this reason, when they hear about unpleasant events that happened to others, they spit three times on their body. Also, many times, to prevent the evil eye, when someone admires a baby or compliments them, he repeats “his” three times in the end.

The expression piase kokkino comes when two people in a conversation say the same thing and simultaneously shout “catch red”. Then they both have to find a red object next to them and touch it to avoid getting into a fight in the future.

Another tradition says that you should not give a knife (or scissors) to someone by hand because if something like this happens, even by mistake, there will be a big fight.

In Greece, they believe the unlucky day is Tuesday the 13th, not Friday the 13th. On this rough day, many people cancel their transportation, decisions, plans, etc.

If you see a black cat on the street, it is bad luck. Small amulets in the shape of a cat are worn for good luck.

The pomegranate is a symbol of abundance, fertility, and good luck. They had been hanging a pomegranate at home since the autumn. After the Great Liturgy of the New Year(see more), they threw it with force on the threshold to break it into a thousand pieces and said: “ Happy new year! ” 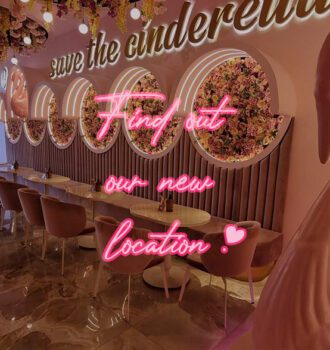 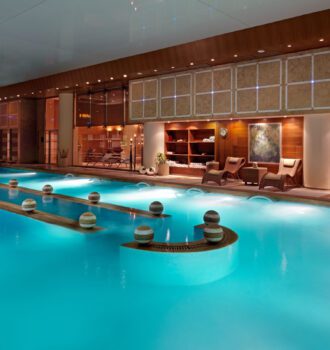